Strong sunlight or ultraviolet light decomposes many organic materials in a slow natural process (observe how items left in a shop window fade and become brittle with time). Photocatalysts accelerate this process, and as a catalyst they stimulate the chemical transformation without being consumed by the reaction.

When used in concrete, photocatalysts decompose organic materials (such as soot, grime and oil), biological materials (such as mould, algae and bacteria) and pollutants (such as volatile organic compounds (VOCs) and tobacco smoke). The catalysed compounds break down into molecules that are either beneficial to or have a benign impact on the environment. It should be noted, however, that most inorganic pollutants and stains, including rust, are not catalysed. The primary catalytic ingredient is Titanium oxide (TiO2), which is manipulated to become a semi conductor. The energy in light causes the TiO2 to create a charge separation of electrons, which disperse on the surface of the TiO2 and react with external substances, decomposing organic compounds.

Photocatalytic concrete is being made with photocatalytic Portland cement, available from the Italcementi Group. Two cements are available TX Active Arca and TX Active Aria both of which are self cleaning, but the latter is also air depolluting.

Uses have included the Jubilee Church in Rome, The Air France Headquarters at Roisyy-Charles de Gaulle International Airport, Paris and Hotel de Police in Bordeaux. Other uses include precast concrete pavers and roadways, putting depollution in close proximity to car exhausts. In Japan, photocatalysts have been popular to remove odours and improve indoor air quality, neutralising VOCs from photocopier toner dust and cleaning chemicals. The white colour of photocatalytic concrete also reflects much of the heat from the sun, reducing heat gain, keeping urban areas cooler and reducing air conditioning use. 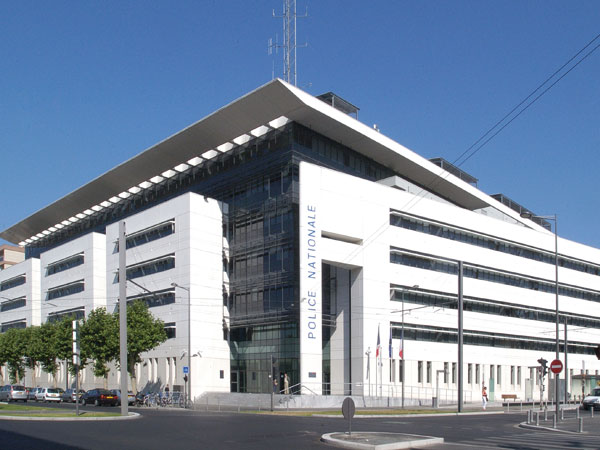