Autogenous shrinkage is an important phenomenon in young concrete. At low water/cement ratios, less than about 0.42, all the water is rapidly drawn into the hydration process and the demand for more water creates very fine capillaries. The surface tension within the capillaries causes autogenous shrinkage (sometimes called chemical shrinkage or self-desiccation) which can lead to cracking. This can be largely avoided by keeping the surface of the concrete continuously wet; conventional curing by sealing the surface to prevent evaporation is not enough and water curing is essential. With wet curing, water is drawn into the capillaries and the shrinkage does not occur. Note that autogenous shrinkage is separate from and additional to conventional drying shrinkage, which will start when water curing ceases.

Autogenous shrinkage can be important when in situ concrete is placed over older concrete as in various forms of hybrid construction. Eurocode 2 states that autogenous shrinkage should be considered specifically when new concrete is cast against hardened concrete and suggests that the shrinkage strain will be 2.5 (fck  10) x 10-6, where fck is the cylinder strength of the concrete. 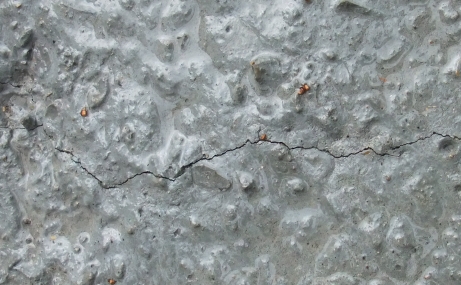