Two forms of translucent concrete have been noted in the architectural press as follows:

Bill Price (University of Houston) has replaced the traditional concrete materials, i.e. coarse aggregate (such as gravel), fine aggregate (such as sand) and cement as a binding agent, with plastics and glass of various sizes and bound them together with a transparent glue. Thus his material should not strictly be described as ´concrete´.

Since concrete is generally reinforced with steel rods, he has also looked at using transparent plastic rods for a similar purpose. He claims that tests of his initial samples suggest that, structurally, translucent ´concrete´ is just as good as the traditional kind, but would cost around five times as much.Dr Price is also the first to admit that translucency is a far cry from transparency.

Hungarian architect Aron Losonczi has produced translucent blocks made by mixing/placing glass fibres (presumably fibre optic material) into the combination of crushed stone, cement and water, i.e. concrete. These fibres run parallel to each other between the main block faces. It is claimed that translucent concrete is strong enough for the uses for traditional concrete, and chemical admixtures can greatly increase the strength.

A company in Aachen, Germany, called LiTraCon for ‘light transmitting concrete,’ makes translucent blocks and planned to have them market-ready in 2004. In September 2006, Heielberg Cement have taken steps towards mass production with their product Luccon. A specially developed fabric of light-conducting fibres is used. An even arrangement of this fabric layered with a fine aggregate concrete means a high level of translucence can be achieved. The material is available in sheets of 250 x 500 mm and 300 x 600 mm of 40 to 100mm thickness.See an article in CONCRETE April 2008, available for download through the Members Area of this web-site. 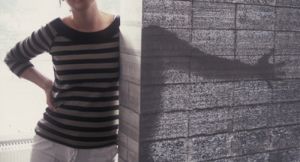 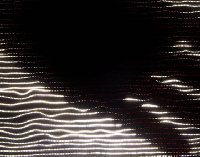