Are prefabricated houses being built in the UK?

Many post-war prefabricated houses suffered from poor design and construciton. However, it is predicted that nearly a million new homes have to be build in the social sector alone over the next 25 years. In the light of the Egan Report (Rethinking Construction 1999), the use of off-site fabrication is appealing to the construction industry. It has the potential to overcome many of the problems faced today, such as severe staff shortages and increased construction targets. The use of prefabrication and modular construction has the ability to deliver high quality, affordable homes and also score very highly on the Government’s Key Performance Indicators such as: client satisfaction, lack of defects, predictability, productivity, safety, construction time, profitability and construction cost. Several projects have been carried out by The Peabody Trust and the Joseph Rowntree Foundation and both plan to continue with modular and prefabricated construction techniques in the future. 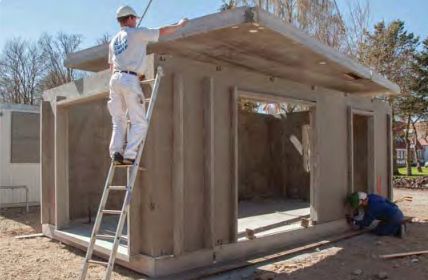