Bacteriological attack is, strictly, a misnomer as bacteria do not themselves attack concrete. Bacteria may be the active agent in the conversion of essentially harmless chemicals into acids or other compounds that cause rapid degradation. An important example occurs in sewers. Hydrogen sulfide is oxidised by bacteria under aerobic conditions to form sulfuric acid, which may subsequently attack concrete. Slime in sewage pipes can be an ideal micro-environment for the process by providing, through its depth, both aerobic and anaerobic conditions.

Biogenic deterioration of concrete can also occur in oil and gas pipelines and storage tanks.

Calcium Aluminate Cements (also known as High Alumina Cement) are resistant to hydrogen sulphide attack from bacteria and can be used to repair damage. 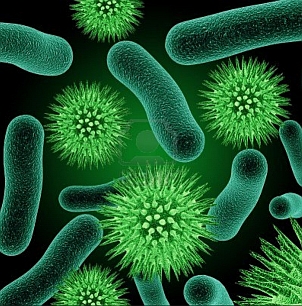