Concrete used in the construction of roads and airfield runways and aprons is not unlike that used in other building or civil engineering projects.

However, the specification of concrete has been developed through government agencies such as the British Airports Authority, Ministry of Defence, and Highways England. These organisations have developed a different approach to the design and testing of roads and airfields to suit such items as; the plant and equipment used in construction, variability of traffic loading, the unique in-service conditions and needs of vehicle and aircraft traffic and the environment in which the concrete is situated. 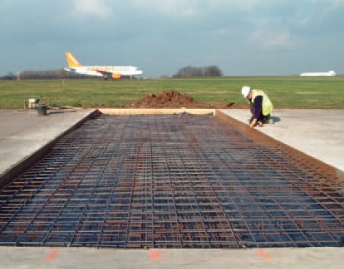