﻿Glassfibre reinforced concrete (often erroneously referred to as glass reinforced cement) was originally developed as an alternative to asbestos cladding sheets. The material is widely used for decorative features or finishes in buildings. However, the major use as permanent formwork has been as soffit formwork for bridge decks, spanning between closely-spaced precast concrete beams.

The GRC is non-participating, providing no strength to the finished structure. Various profiles are available, either flat or corrugated, that are suitable for a range of spans. It should be noted that not all are currently permitted by the Highways England; see CD 359 - Design requirements for permanent soffit formwork.﻿

A further use of GRC permanent formwork is for water treatment works, such as in sand filter beds. It has also been used for combined soffit and side forms for beams. ﻿It has been suggested that the GRC acts as a relatively impermeable surface layer, improving the durability of the concrete. The Norwegian Concrete Society has recommended that concrete covers can be reduced. 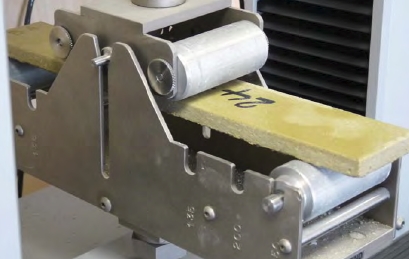