Cracks formed within the first two or three weeks after casting caused by restraint to early thermal movements. The reaction between cement and water generates heat. The amount of heat and the peak temperature depend on many factors including the type of cement, cement content, initial temperature, ambient conditions, geometry of the member and the type of formwork.

As the concrete heats up it expands. Once the peak temperature has been reached, at say 12 to 18 hours after placing, the concrete starts to cool. Restraint to contraction causes the development of tensile stresses. At this stage the concrete is still relatively weak and the temperature-related contraction stress can cause cracking.

The development of thermal contraction cracks can be reduced by, limiting the peak temperature or reducing the restraint to the young concrete. Peak temperature depends on the amount and type of cement. The level of restraint is a function of the structure´s shape and construction sequence. 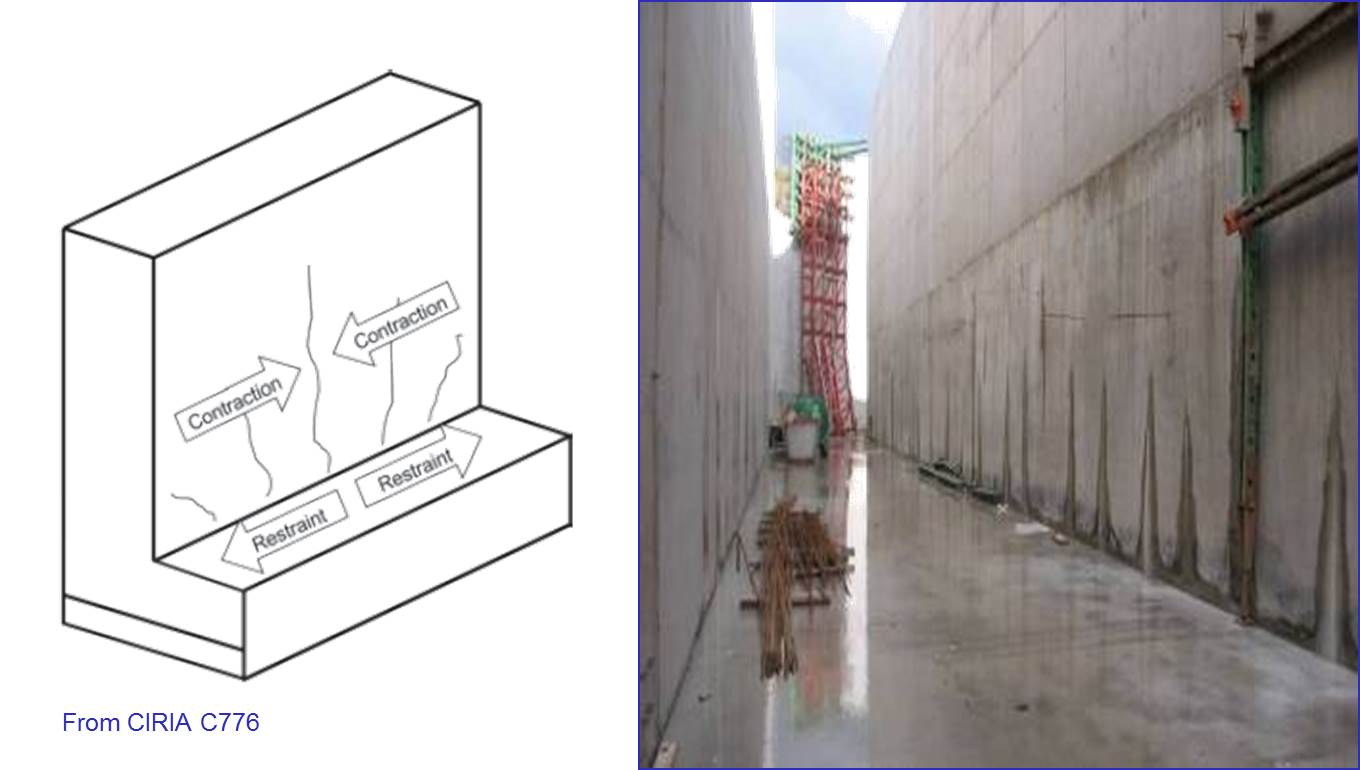