Occasionally, whether precast or in-situ formed concrete, the apparent position of the reinforcement is visible on the formed surface, typically as darker lines. Reinforcement shadow, or perhaps ghosting, is caused by changes in the concrete matrix due to aggregate segregation, localised variation in the water-cement ratio and in the paste/mortar. Any changes in the cement paste affect how it cures and this affects the light and dark tones of the formed surface.

A related stripy effect can occur where the formwork walers (or bracing) create stiff regions in comparison to the formwork panel between the walers. The less stiff regions move more than the stiffened regions as the concrete is vibrated resulting in slight variations in matrix and therefore shadowing. 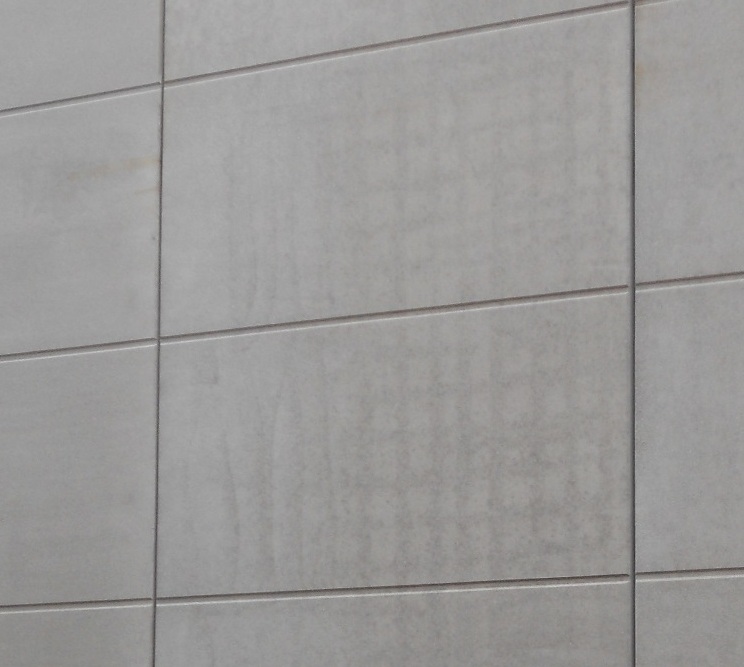